Few in number, little-known, barely understood, unpredictable and extinct or difficult to approach, why should the Andamanese tribes be of more than passing interest in a world where tribes on the verge of cultural and physical extinction number in their thousands. Here is why.

The Andamanese Negrito are a people of the strangest genetic, cultural, linguistic and social connections and characteristics. No other living human population has experienced such long-lasting isolation from contact with other groups. It is as certain as such a thing can be at the present state of our knowledge that they represent the least changed survivors of the first migration of homo sapiens into . Theirs is the most ancient surviving way of life on earth today.

The Andaman archipelago today is part of the Indian Union and the Andamanese Negrito are Indian citizens, even if they do not know. The Indian government is their guardian and it is one that has not taken its responsibility very seriously until now (apart from ringing statements to the contrary). Many reasonable Indians and including judges of the Supreme Court of India are beginning to see that this point of view is not "anti-Indian" (as indeed it is not). With recent very positive Supreme Court decisions (see Appendix N), it may still be time to save some Andamanese groups from being brought into the nationalist dream of a "mainstream Indian civilization". The fulfilment of that dream would not only be a nightmare for the Andamanese, it would be cultural and physical death to these tiny groups. There are less than 500 Andamanese Negrito today while the total population of has recently reached 1,000,000,000. Clearly, Indian civilisation will survive even if the 500 are left outside its mainstream civilization.

The tiny, jet-black Andamanese Negrito pygmies were known and feared from the earliest recorded times. Their neighbours called them "monkeys," or "Hanuman people" after the Hindu monkey god. Another common name for them was "Rakshasas," demons or goblins from Hindu mythology. It is interesting to note that Andamanese brought to and during the 19th century by the British were spontaneously called these names by the local population. The name "Andaman" itself was first recorded in the 9th century and almost certainly traces back to Hanuman.

The Andamanese Negrito represent a period of Indian prehistory so ancient that it makes even the earliest Indian epics look recent by comparison. They and their way of life are as much part of as those of other Indian citizens. The UN has monuments of cultural and natural world heritage. There are no monuments of human heritage but if there were, the Andamanese Negrito would have to be on the list. They are Indian citizens and senior citizens of the world. As such they are not the concern of the Indian government alone but of the entire world. The Negritos in general and the Andamanese Negrito in particular represent major evidence in the scientific search of the origins of modern humanity. No other human group has been isolated from other groups for so long. We are dealing with this aspect of the Andamanese in chapter 6. However, progress in the various forms of DNA analysis has been so rapid in the past few years, that much of what we say in Chapter in August 2002 has become outdated. A number of major papers are now in preparation at various research institutions around the world that deal with the Andamanese and other similar remnant populations. Genetics is a very competitive field and geneticists do not hand out information before publication. We do not know in any detail what will be published soon but we have been led to believe that we will not be disappointed even though we will have to re-write large parts of Chapter 6.

Whatever the exact role the Andamanese played in the history of the human race, they deserve our greatest respect, sympathy and unobtrusive interest. 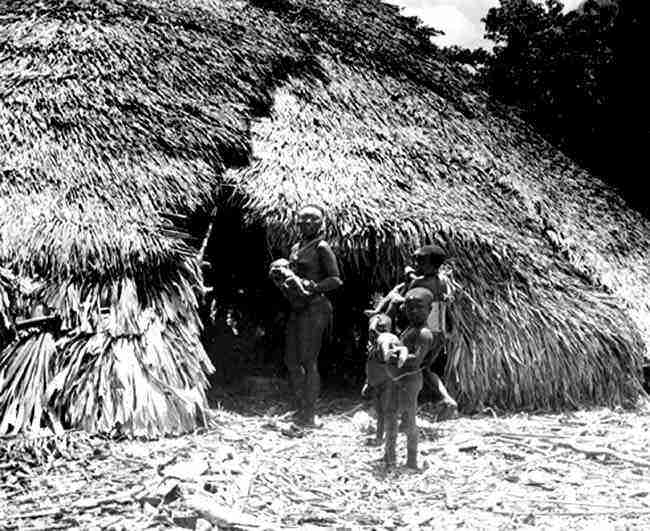